As I already pointed out, I am an armchair strategist. My favorites are turn based games as my life is already hectic enough. The surprising appearance of "Chimera Squad" on the gaming market came just at the right time.

Chimera Squad is an offspring of the popular XCOM series.  I started playing that series in the mid-90s with UFO: Enemy Unknown. The success of that game has started a franchise that is now running for more than 25 years and it shows no signs of slowing down. 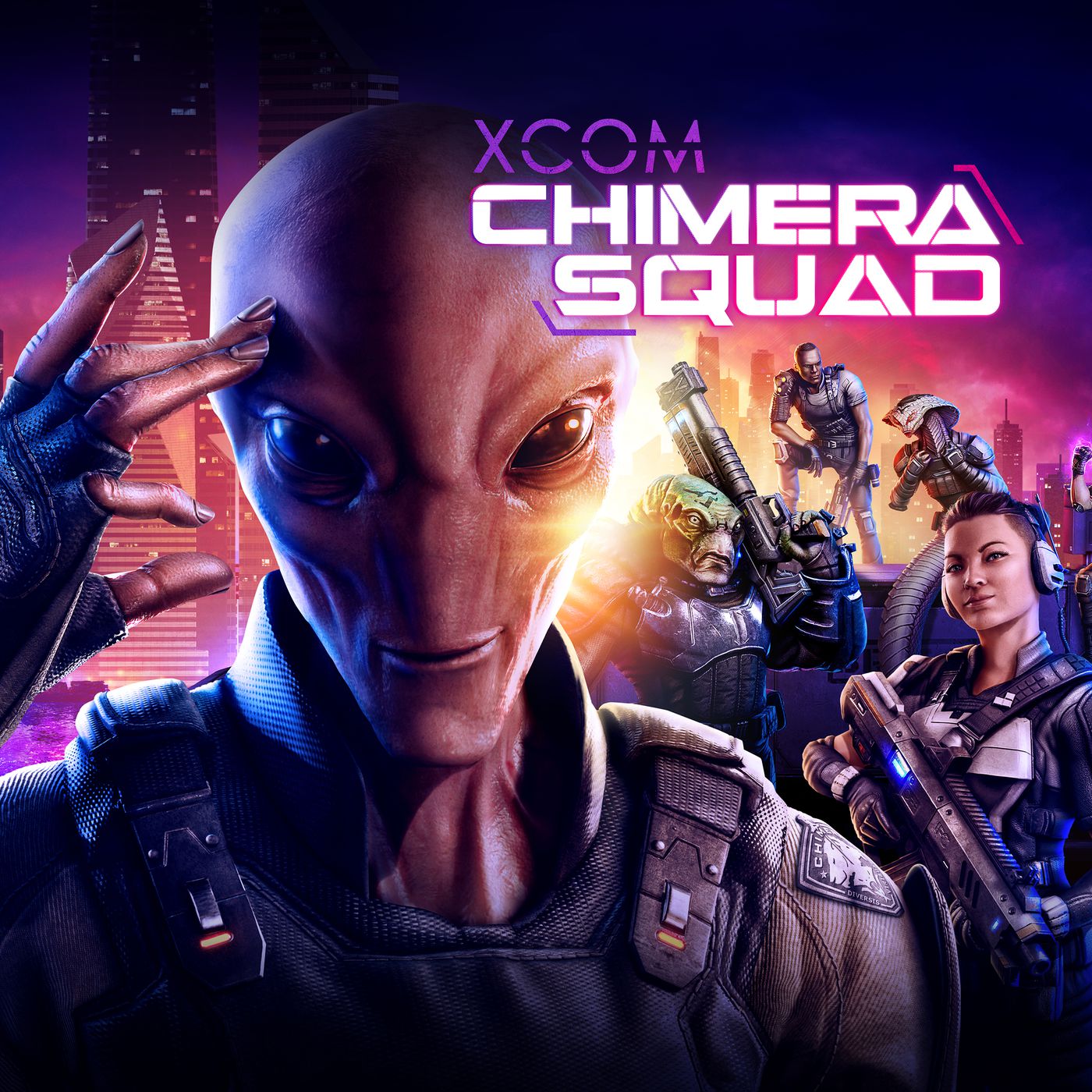 Chimera Squad continues the XCOM storyline. Five years after XCOM 2: War of the Chosen aliens and humans now (for a change) try to live peacefully together in a city called  "City 31" (well the name generator was offline at critical moment). The Chimera Squad acts like like a SWAT team when some unknown perpetrators try to disturb the peace with terrorism and criminal activity.

Chimera Squad is an "equal opportunity employer" and therefore you don't just have your square-jawed marines but all those aliens that gave you hell during the previous games. You can tongue pull, use psionic abilities to drive your enemies mad or barge in with a tank like creature. But you only have a limited set of potential recruits, all with their own skill set and background story. This is the first major deviation from the typical XCOM gameplay.

The second big change is your base: a warehouse. There is no building or upgrading your base. You can research and construct items, train your agents and conduct special operations, but the base is fix. This simplification is countered by giving the game more of a story. Since you're no longer saving humanity from alien slavery and just defending a city instead of a planet, this is a much needed change. The story is told in a comic like style with a few references in cut scenes within the missions. It taps a bit into the XCOM lore but is neither very deep nor complex. It serves it's purpose and is solidly done. But it wastes the opportunity of integrating the backstories of the characters into that story line (safe some remarks on the side).

The strength of this game are the novel elements: the SWAT like entrance of your team into each mission (I love them blowing up walls or coming through the windows) and the more diverse capabilities of your team members. Those really require some time getting used to, but also invite you to experiment and play with them. One mission consists of 1-3 levels where you "breach" into the room at the start of the level. Already at that point the games offers you some choice of breaching points that may require specialized equipment or unique skills.

In order to provide some change in scenery, you are required to combat different factions throughout the game. This gives you also a more diverse set of opponents. The progression through the game becomes more entertaining that way. This is somewhat counteracted by the lack of variety of missions to fulfill. Retrieve an item, escort a VIP or just clean up, there is little more than that.

But that is criticism on a high level and it is hard to fault a game for that as it was sold for just 10€. After an initial phase, the price shall rise to 20€, but I don't expect it to last long.

Even the higher price is an excellent and fair deal for what you get. Even if you don't go for a replay, it will give you easily 10-20 hours of entertainment. I applaud Firaxis for this novel approach to the series.

If you like the XCOM games in general, I recommend that you give Chimera Squad a try.
Posted by Martin Seeger at 17:57