Computer games are said to be profiting from the current stay-at-home guidelines. This is a bit strange because until a few weeks ago, for many people they were widely considered to be of evil. As you may guess, I always thought this to be ridiculous. There may be a lot of bad games out there, but there are also gems like "The Witcher 3".

I started the game nearly 5 years ago but stalled about right in the middle (in Novigrad). The game control by mouse/keyboard and I never became friends. Du to my experiments with the Shadow PC I had to get used to a game controller anyway. I picked Witcher 3 as the game to start my controller career with.  So I located my old save-game and continued.

To familiarize myself with the game again, I went through the log of completed quest. At one point I stopped and my mind went back five years. There was a a quest that really impressed me. It's official name is "Family matters" but everyone (including myself) calls it the "Bloody Baron." 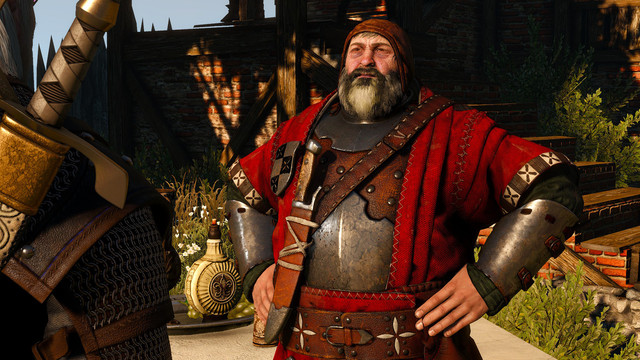 The description in the walk-through (linked above) does not do it justice. The quest deals with a lot of sensitive subjects: Alcoholism, domestic violence, abortion and the longing for redemption. I spent quite some time revisiting my decisions in that quest and the reasons for them. The "bloody baron" is a local warlord that has important information for me. He is only willing to share it if I locate his wife and daughter, so I had to enter the maze.

The quest manages to navigate all these emotional topics and makes them an organic part of the journey. You learn of the dark and bright side of a character. You see him as perpetrator and you see him as victim. In the end you can see the wrongs he did but cannot other than help him to repair a bit of the damage he has done (at least I could not do otherwise). In the end you really learn about life in a computer game. Though I left the game untouched for more than 50 months, I still remember a lot of details from that quest.

After taking care of my memories, I set out to the Isles of Skellige and got them a queen....