Devilish complex main character: Check! Non-linear storytelling: Present and accounted for! World building: Massive! New author: Yes! A combination that would challenge any experienced writer makes up the stunning debut of Ann Leckie. She is an author on which you will want to keep an eye on. 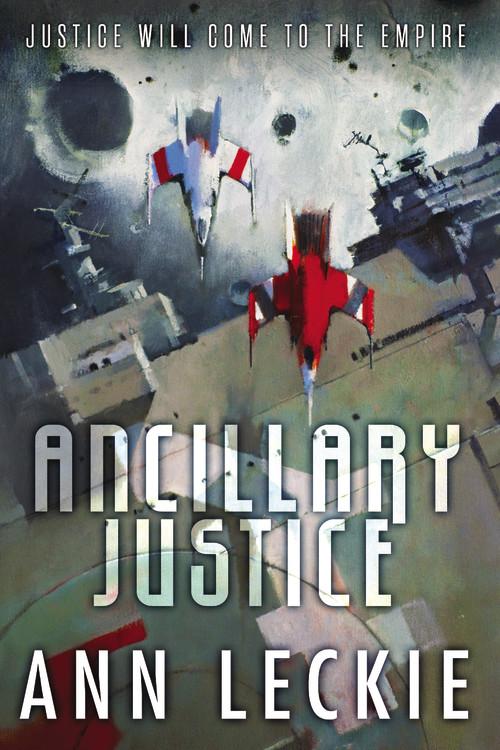 Let's start with a few highlights of the main character Breq: about 2.000 years old, once part of a hive mind and an excellent fighter inflicted with the disability to discern the gender of most dialog partners.

He started of as an Ancillary "One Esk Nineteen" of the starship "Justice of Torren". Ancillaries are former criminals who were mind-wiped and became (with boosted physical properties and reflexes) part of a hive minded ship AI. They have been a strong weapon in the expansion of the Radch Empire.

But the expansion has slowed down, ancillaries are being slowly replaced by humans, Beq has become alienated with his empire and is separated from his hive mind. How all of this is connected to each other is told in cutbacks that span a millennium.

Other authors manage to confuse their readers with a story a tenth as complex as this one. But this seems to be Ann Leckies talent: to never lose her audience throughout the story. Though some concentration is required and some quirks of Breqs perspective (per default everyone is a "she", memories are always plural) are challenging at the beginning, one is rewarded with insights into a very fascinating character, society and universe. The book really covers an alien perspective quite thoroughly.

While the aspect of the hive mind is clearly a central one (covering among other things: moral responsibility of single a part of the hive mind, split brain situations, synchronization), one will find a lot more to think about. Calling the novel a space opera does not do it justice. There are more aspects to it than i want to cover in this review. It would take too much pleasure away from the reader when (s)he discovers a lot of reminiscences to other classics of Science Fiction within.

While the novel does not end on a cliffhanger, it clearly calls for a sequel which i will eagerly wait for.

You can get this book on Amazon. I stumbled upon it in John Scalzi's blog, which has been a source of several reading inspirations for me.
Posted by Martin Seeger at 20:47